Merlot is one of the world’s most popular red wines. Merlot can be velvety and plummy, or rich and oaky. There is something for everyone, which is why Merlot is adored.

It is believed that the first time the grape was used in making wine was in the late 1700s when a French winemaker in the Bordeaux region formally labeled the grape as an ingredient in his Bordeaux wine blend. From this moment on, the grape spread across Bordeaux and became known for its unique ability to add softness and luscious fruit to a wine when it was combined with the region’s favorite grape, Cabernet Sauvignon. The combination of Cabernet Sauvignon and Merlot complemented each other so well, that the pair became the main ingredients for the world-renowned Bordeaux blend, now coveted by the majority of the world’s wine drinkers.

Merlot is a dark blue–colored wine grape variety, that is used as both a blending grape and for varietal wines. It is the second-most planted grape in the entire world (Cabernet Sauvignon is number one). Merlot is the most planted variety in Bordeaux. 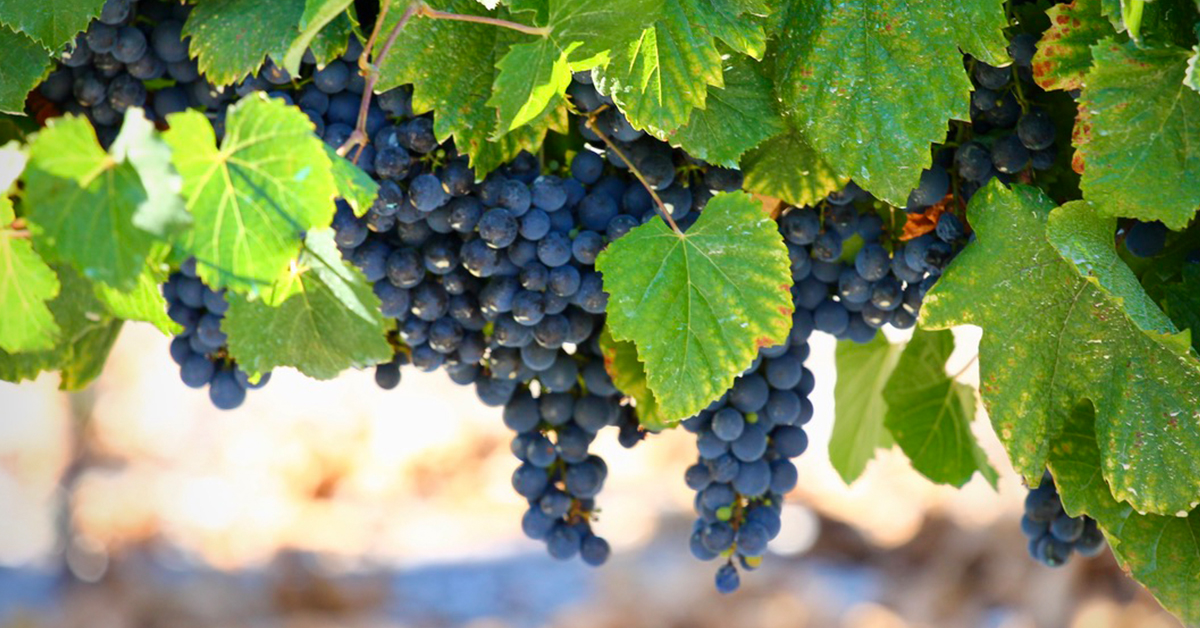 The earliest recorded mention of Merlot (under the synonym of Merlau) was in the notes of a local Bordeaux official who in 1784 labeled wine made from the grape in the Libournais region as one of the area's best. In 1824, the word Merlot itself appeared in an article on Medoc wine where it was described that the grape was named after the local black bird (called merlau in the local variant of Occitan language, merle in standard) who liked eating the ripe grapes on the vine.

In the late 1990s, researchers at University of California, Davis showed that Merlot is an offspring of Cabernet Franc and is a half-sibling of Carmenere, Malbec and Cabernet Sauvignon. The identity of the second parent of Merlot wouldn't be discovered till the late 2000s when an obscure and unnamed variety, first sampled in 1996 from vines growing in an abandoned vineyard in Saint-Suliac in Brittany, was shown by DNA analysis to be the mother of Merlot.

This grape, later discovered in front of houses as a decorative vine in the villages in the Poitou-Charentes was colloquially known as Madeleina or Raisin de La Madeleine due to its propensity to be fully ripe and ready for harvest around the July 22nd feast day of Mary Magdalene. As the connection to Merlot became known, the grape was formally registered under the name Magdeleine Noire des Charentes.

Grape breeders have used Merlot crossed with other grapes to create several new varieties including Carmine (an Olmo grape made by crossing a Carignan x Cabernet Sauvignon cross with Merlot), Ederena (with Abouriou), Evmolpia (with Mavrud), Fertilia (with Raboso Veronese), Mamaia (a Romanian wine grape made by crossing a Muscat Ottonel x Babeasca Negra cross with Merlot), Nigra (with Barbera), and Rebo (with Teroldego).

For years, the wine industry has debated the effect Sideways had on Merlot sales. Certainly, it is hard to measure whether it made Merlot famous for being bad. Regardless of the effect the movie had, the bottom line is that bad, good, and sublime Merlot exists, and because of the latter, Merlot is making a comeback. Today, producers are recognizing and reclaiming Merlot, giving it the attention needed to show its best character.

Part 1: Merlot in a nutshell

Other articles on "Midalidare's grape varieties"